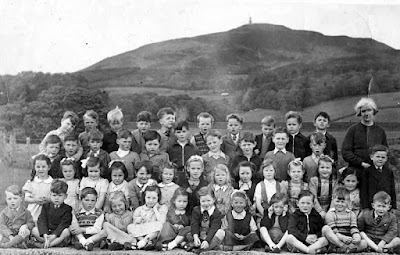 Early in the 17th century, it was decreed that every parish should have a school. The facilities, including the salary of the schoolmaster were to be paid for by the heritors. Because of the geography of the parishes in Sutherland, this, for many, was not a practical option. It may have been at this time, or earlier, that the practice of parents banding together to make some sort of educational provision for their children began. In addition to the parish schools there were also some burgh schools. In Sutherland the only burgh school was at Dornoch.

The Scottish Society for Promoting Christian Knowledge (SSPCK), was formed by royal charter in 1709 with the purpose of founding schools "where religion and virtue might be taught to young and old" in the Scottish Highlands and other "uncivilised" areas of the country. Their schools were a valuable addition to the Church of Scotland programme of Education in Scotland which was already working with support from a tax on landowners to provide a school in every parish. At first the SSPCK avoided using the Gaelic language with the result that pupils ended up learning by rote without understanding what they were reading. In 1741 the SSPCK introduced a Gaelic-English vocabulary, then in 1766 brought in a New Testament with facing pages of Gaelic and English texts for both languages to be read alongside one another, with more success. In the early 19th century their activity declined and the work was taken over by the Gaelic Society of Inverness. The work of this society was quite widespread in Sutherland.
Although heritors were supposed to make provision for a parochial schoolmaster, appointments were few and far behind in the Highland regions and, on the occasions of formal presbyterial visits in 1707 and in 1716, it was reported that no such teacher had been provided for in Golspie.

In 1731 John Sutherland was ordained in St. Andrew’s, Golspie, and became the new parish minister. Sutherland set about getting the heritors to fulfill their legal obligation of providing a salary for a schoolmaster. A master was duly appointed a year later and as was usual in those days, was required to act as session clerk and precentor in the church. This teacher stayed in his position for 7 years.

In April 1743 the heritors were summoned to meet members of the Presbytery at Golspie School to discuss the repairs which were urgently needed. As was usual the call was ignored and it was left to the ministers to exercise their rights in this matter. At a total cost of 15 pounds in today’s money a new school was built. School masters at this time were nearly always aspiring ministers and soon went off to Divinity classes becoming ministers. This meant frequent changes and often considerable periods with no teacher at all. Between 1740 and 1760 Golspie had no fewer than six changes.

Education at the parish school was not free. Acting as the Session Clerk earned the teacher an extra one pound 13 shillings a year. Additionally he was entitled to small emoluments from the fees charged in connection with baptisms, marriage contracts and providing certificates of good character.

Girls did not normally attend these schools. Nevertheless a few women did acquire sufficient education to enable them to undertake some teaching on their own. In Dornoch records there are two references to women being paid “for teaching the poor scholars”. In Golspie churchyard there is a memorial stone to Änn Macdonald, schoolmistress at Golspie, January 1766”.  In 1766 it was noted in Golspie that even the Kirk elders were unable to sign their names but merely put “their mark”.

In 1773 reference to George McCulloch, erstwhile schoolmaster in Golspie and now the Minister in Loth. In 1774 a new schoolmaster was appointed in Golspie. David Mackay, a student in Philosophy applied for the vacant post in Golspie. He was referred to presbytery to be examined in his fitness to serve. The examination consisted of his “knowledge of the Principles of Religion, his ability to read and translate English, his skill in Arithmetick and Church Musick".  A specimen of his handwriting was also examined. He was duly given the post.  By 1778 it was recorded that the Golspie schoolhouse was in a ruinous condition.

The Society for the Support of Gaelic Schools was founded in Edinburgh in 1811 and in Inverness in 1818. These societies raised funds in their home towns and in the lowlands to fund schools and teachers.
In 1830 there was a clash of schools in Golspie! Records show that Peter Tulloch, Golspie's schoolmaster who was also a minister, complained about a school "set up in opposition to his in the village of Golspie". This 'opposition school" was set up by a Mr Hector Munro. Tulloch applied to the Sheriff for an interdict against the said opposition school but sadly there is no reference to the outcome.
In 1843 after The Disruption and the formation of the Free Church of Scotland, the newly established church launched an ambitious programme of building of manses and schools. In addition, the Ladies Association of this church in Edinburgh organised for Gaelic speaking divinity students to spend their summers as teachers in places seen by that association to be in need. Schooling was not made compulsory in Scotland until the Education Act of 1872. Every parent was then required to provide for instruction in Reading, Writing and Arithmetic for children between 5 and 13 years of age. Although compulsory, education was still not free.
In 1874 plans were drawn up for a new Public School in Tongue.  The report states: "Like many schools of the time the widnows were high above the floor so that the children would not be distracted"!
How well were the children of Sutherland educated?
A member of our Mailing list noted: "That our ancestors in the Highlands and Islands were being educated well before 1872 and more regularly than in the cities. I see from census forms many children, particularly girls, in Glasgow before that date who are not attending school. I know there were some charitable organisations attached to the churches which fostered schooling in outlying districts and that may well have been a major factor. Sadly too, in the cities like Glasgow and Paisley the children could be employed from an early age in the thread mills and factories. It would also appear that crofters were so keen for their children to be educated that they took monthly turn about in housing the schoolteacher. My ancestors from Mull, Skye and Sutherland had more schooling than the few I had who grew up in the south".
Education in the county is a vast subject and is currently being discussed by our mailing list members.  Mona Black is currently collecting information on the education system in Sutherland and will be adding details to this small beginning.  Our members have also added information which for ease has been split into separate articles.  Please click on the links below to read one or all.  They each have something of interest to those interested in general education in the county.

Further articles on Education in Sutherland


Class of 1955 photograph
Photograph at top is a Golspie School Photograph
Posted by Unknown at 11:49:00